Peacock,-
Universal symbol of resurrection.
The ability to see the connection between the past, the present and the future and its loud and raucous call, almost like laughter, reminds us to laugh at life.
The peacock's feather in all ages has been considered as a sign of beauty and knowledge; beauty because it is beautiful, knowledge because it is in the form of,the all seeing eyes of the goddess 'Hera' 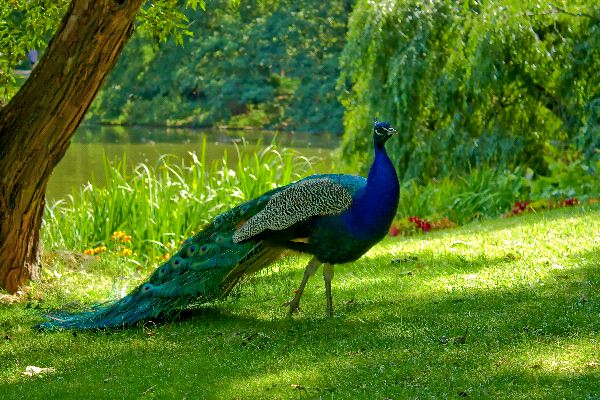 Peacocks are revered around the globe and have been for centuries:

It is believed that a peacock (sometimes a pair of peacocks) stands guard at the entrance to the Gates of Paradise. They are also a symbol of the immortality of Christ.

In Buddhist iconography, peacocks are symbols of wisdom. They are compared to the great Bodhisattvas for their ability to consume poisonous plants without being affected, just as a Bodhisattva is capable of taking in the toxins of human emotion while still attaining Enlightenment.

Native American cultures view the peacock as a symbol of dignity, wholeness, and beauty.

In Greek mythology the peacock is associated with Hera, who placed the decapitated head of the hundred-eyed Argus on the tail of her favorite bird. It is seen to symbolize the heavens and the “eyes” of the stars.

The peacock is associated with the Hindu deity that represents benevolence, patience, kindness, compassion, and luck. It is also the national bird of India.

In Japan, the peacock is associated with an emblem of love, compassionate watchfulness, good will, nurturing, and kind-heartedness. 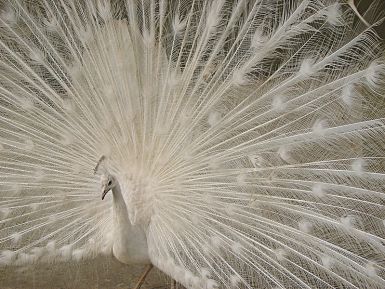 Do you have an affinity with peacock?  I love the rattle their tail feathers make when they fan out.

Or maybe another bird?

Can you share any folk tales or mythology associated with peacock?


http://www.shamanism.webs.com
Posted by Zannie Rose at 05:15